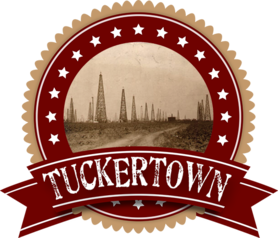 we will be announcing our grand opening soon! 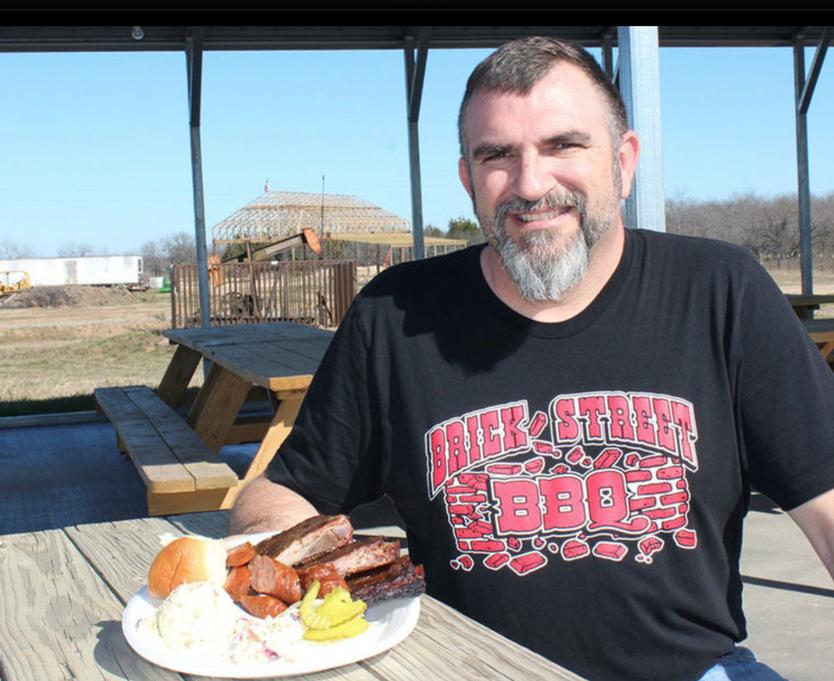 When the Food Network approached pit-master Kevin Bludso to film a new barbecue roadshow, his first stop was at Barry Bancroft’s Brick Street BBQ near Corsicana.

Bludso, whose Compton, California barbecue joint was featured on “Diners, Drive-Ins and Dives,” has Corsicana connections of his own. From the time he was a small boy Bludso would spend his summers with Corsicana resident and great-aunt Willie Mae “Granny” Fields who taught him to barbecue.

“Kevin has a house at the lake and comes down about four to five times a year,” Bancroft said. “He called me up one day and wanted to do a crawfish boil and fish fry. I catered his party and now he stops and buys barbecue almost every time he visits his lake house. When the Food Network producers asked Kevin to film a pilot for his own show, he wanted to go to places he already knew and loved.”

“We shot for about four hours the day of filming,” Bancroft said. “The narrator asked Kevin and I the difference between California and Texas barbecue which includes access to the different woods available to smoke meat. They want the show to have humor and Bludso is a very funny guy.”

The pair also filmed at Bancroft Pecan House in Powell.

The working title of the project is “Pitmaster on the Road” and could air as early as this spring.

Bancroft has been serving up his own brand of Texas barbecue to the Corsicana area since 2011. He started out of a smoker trailer built for the annual Derrick Days Festival and set up in the Remington Event Center parking lot.

“I started my business at a spot on the then newly-restored Third Avenue,” Bancroft said. “I called it Brick Street BBQ as an homage to downtown Corsicana history.”

Bancroft has made many improvements since, moving to a storefront inside the Remington for a couple of years while catering until another Navarro County barbecue staple became available.

“When the old C&C Trading Post building became available we moved out here to Highway 287,” Bancroft said. “Even though I was now located two and a half miles from downtown I kept the name the same. I also wanted to incorporate the history of the new location which was near the oil boom community called Tuckertown.”

Bancroft is pleased with his current location even though it is off the beaten path.

“People traveling from Dallas to Houston read our positive reviews online and we are close enough to the highway that they can exit, eat and continue on their way,” Bancroft said.

“I am currently constructing Tuckertown Hall, a 10,000 square-foot event center for weddings and reunions,” Bancroft said. “It is all wood and as close to the boom town period as possible.” Other features in the works include an outdoor cook shack for crawfish boils, outdoor restrooms for events and concerts and additional parking.

“We are trying to build a destination here,” Bancroft said. “I want to build something that no one else is doing, a place where people can come out and have a good time.”